Florist and designer Lewis Miller from New York for several months placed in the city spectacular floral compositions, by his words, to revive the city with the help of emotions.
As part of his campaign, he decorated with flowers street sculptures, as well as ordinary garbage cans. The compositions included such plants as roses, dahlias and orchids, but differed in composition and size. The cost of some of them under normal sales would be more than 10 thousand dollars.
If possible, Miller and his assistants used plants that had previously decorated an event in order to “give flowers a second life”. See the selection of photos. 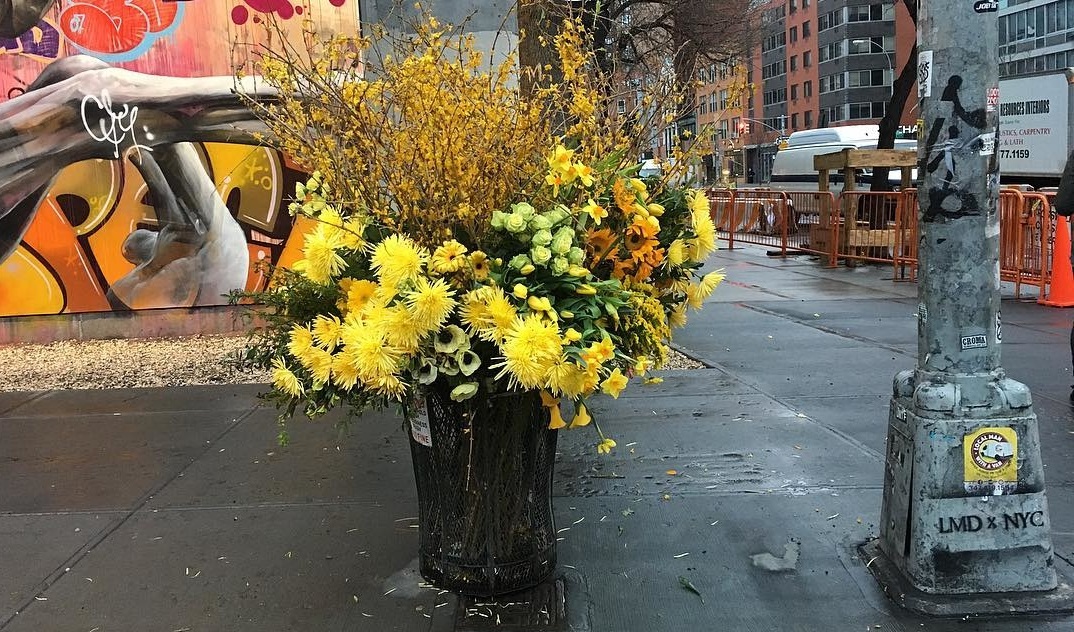